There are 5 legs in the Torch Run. Legs begin in Woonsocket at 10:00am and Burrillville/Glocester at 10:30am and come together at the State House in Providence. The East Bay Leg leaves from East Providence at 12:00pm and continues through each of the towns in the East Bay and South County area. The East Bay Leg converges with the Providence Leg on Rte. 138 in South Kingstown, where the runners all meet for the Final Leg.  Instead of a Final Leg from the Holiday Inn to URI, there  will be a caravan of vehicles driving to the URI, leaving approximately at 6:30pm with the Torch being carried into the Opening Ceremony at approximately 8:15pm. 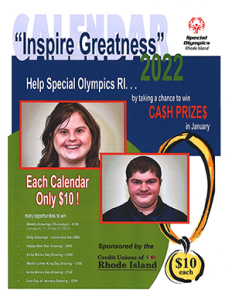