You are here: Home » Torch Run

At its most basic level, the Torch Run is an annual running event in which representatives from police, fire, corrections and state police run the “Flame of Hope” throughout Rhode Island to the SORI State Summer Games Opening Ceremonies.

Fundraising events are conducted year-round in Rhode Island that include a Plunge, Motorcycle Run, Golf Tournament and an ever-evolving menu of events on a local level. 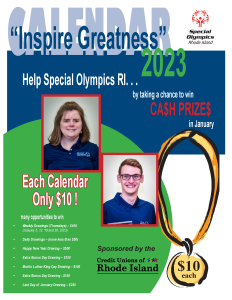